The ‘Whitney Biennial 2022: Quiet as it is held’ is anything but quiet

William Moorhead April 6, 2022 Photographic Close-ups Comments Off on The ‘Whitney Biennial 2022: Quiet as it is held’ is anything but quiet 34 Views

There are certain qualities and experiences that you expect upon entering a Whitney Biennial. You expect to read long passages of confusing descriptions on wall plaques and think (hard) while trying to relate the confusing wall plaques to even more confusing artwork. You expect to wince in confusion, or wince at bad taste, bad art, or fantasy gone terribly wrong. You expect to be uncomfortable with art overload, wondering how many pieces have been brought forth as pranks for the uninitiated in aesthetics. However, you do not expect great emotions. You don’t expect your heart to rumble and your breath to stop. You certainly don’t expect to be emotionally disarmed by the Whitney Biennial.

Mea culpa. Color me surprised and among the new converts. Unusually for a Whitney Biennial, works of restless, quasi-intellectual whimsy and adolescent radicalism make up only a minority of works. The best bits even manage to say something like the truth.

The black burial chambers on the 6th highest floor of the exhibition lead into a honeycomb of tomb galleries. Sound and texture are presented from the opening room, where Raven Chacon’s silent choir slide one towards the gauze curtain which cuts by Daniel Joseph Martinez Three reviews: photographic self-portraits depicting the artist as four distinctive post-human monsters. The rustle of feet along the dark carpeted hallways, accompanied by the crackle of video and sound installations, creates a cheerful ASMR effect. The viewer is cared for and fed. In At WangShui Hyaline Seed (Vitr∴ous Island) we’re even invited to lie on sofas and gaze at an LED sculpture, created by an AI that transforms light into comforting psychedelic jellyfish drops on the ceiling. We are enveloped, cradled and comforted. I was so happily entombed in this robotic cradle, I returned there at the end of my visit and only a security guard calling closing time was able to unstick me.

The star of the Biennale was, perhaps more than any other artist, the high-definition video camera. The biennial stars were high definition videos of Adam Pendleton in “Ruby Nell Sales”, Trinh T. Minh-ha in “What about China”, Coco Fuscoin “Your eyes will be an empty word”, Danielle Dean in “Long Low Line”, the Moved by motion collective in “EXTRAITS” and Jacky Connolly in “Descent into Hell”.

Perhaps the finest of these is Fusco’s work, which walks through Hart Island, New York’s public cemetery, which was worked by prisoners until 2021. The video dazzles with the unreal blues and greens and high definition of the Long Island Sound, all as poet Pamela Sneed tells the story of the bodies, of those who died of the coronavirus, being taken to this pottery field. The video is viewed in the dark space of the gallery, with its simple yet impactful curation. Across a hall, in her own dark bedroom, is Pendleton’s extraordinary high definition black and white video portrait of civil rights activist, Ruby Nell Sales. Her painfully beautiful close-ups of Sales’ face and hands imbue this already luminous person with a kind of divinity. It depicts Sales telling stories and delivering what sound like impromptu sermons: heartbreaking blessings that set the distressed tone of the exhibit.

It seems fitting that the art world is in mourning right now, and it’s a relief that curators at the Whitney understand that. It is also a relief that politics and activism are at the forefront. A fiery radicalism runs through many of the Biennale’s best works. Alfredo Jaar video montage, 06.01.2020 18.39 depicts a protest in Washington DC the week Derek Chauvin murdered George Floyd. It shows the march from a walker’s perspective, and a wind turbine installation captures the effect of low-flying police helicopters. Jaar, a Chilean artist, lived through the devastation that neoliberalism wrought in his homeland under the Pinochet regime. In his description of his work for the Biennale, he said he witnessed the George Floyd protests: “I watched in horror as the helicopters arrived. It was then that I realized that I was witnessing fascism. Fascism had arrived in the United States. Wandering through this facility, Jaar’s work forcibly sent me back to the long nights of New York’s summer 2020 curfew, with their explosions, sirens, and police helicopters. It took me back to those giant #defund protests, with the heavily armored cops with military-grade weapons closing in on all sides. He did it all with black and white film and ironclad fans. Like Picasso’s “Bull’s Head” bicycle saddle, it’s so simple it almost feels like cheating. I was momentarily upset and had to go and lie down under WangShui’s LED installation.

If the 6th floor is tasteful and finely organized, the 5th has all the subtlety of an elementary school science fair. Too bad given the many works of art scattered throughout one of the museum’s enormous galleries of aircraft suspensions. Here the viewer is inundated with a seemingly random collection of objects and installations. Andrew Robert’s Cargo: a certain destinya severed zombie arm with the Amazon arrow tattooed on it, and The Horda—a video installation of four animated gig worker zombies, displayed as avatars in a video game’s “choose your player” page, has been underserved by being stuck in the middle of the room amid so much confusion. This consumerist and ADHD quality is so common in museum group exhibits that it is almost commonplace. Yet the upper floor proves that curators can operate with sublime aesthetics. Where the 6th floor nourishes the senses, the 5th supercharges them. With so many video installations placed at an angle to the static art, distractions abound. Woody from Othello skilful and witty The will to make things happen– in which surreal creatures and ordinary household objects are molded like ceramics inspired by pre-colonial pottery – is hidden amidst the clutter. Like too many objects on this floor, despite its placement in a tub of light, it is hard to see.

Curation is about making choices. It’s about deciding who will be locked in a 6and mausoleum on the ground and vying for attention in the sun washed away 5and ground. Like so many Hollywood films, the end result is undoubtedly a combination of competing influences. And as in a heavily financialized studio cinematic product, the Biennale’s narrative runs out of steam after a strong start.

In his description of the Biennial, the museum boasts of how its artists interrogate institutions and structures. Whitney’s newly unionized employees, proudly sporting their union badges while working on the floors during the Biennale, could almost be part of the exhibit itself. They certainly accentuated some of the contradictions inherent in the exhibition when they held a protest leaflet during the opening gala of the Biennale: protest against the refusal of the Whitneys to negotiate with them on salaries. The museum, which houses so many politically radical works, albeit in a space that often resembles a WeWork, is committed to old-fashioned union busting. Hopefully, before the next Biennale, the museum’s labor policies will have caught up with its so-called policy. Perhaps with its emphasis on political truths in its exhibits, the museum administration will eventually find a way to negotiate a fair contract with its own employees. 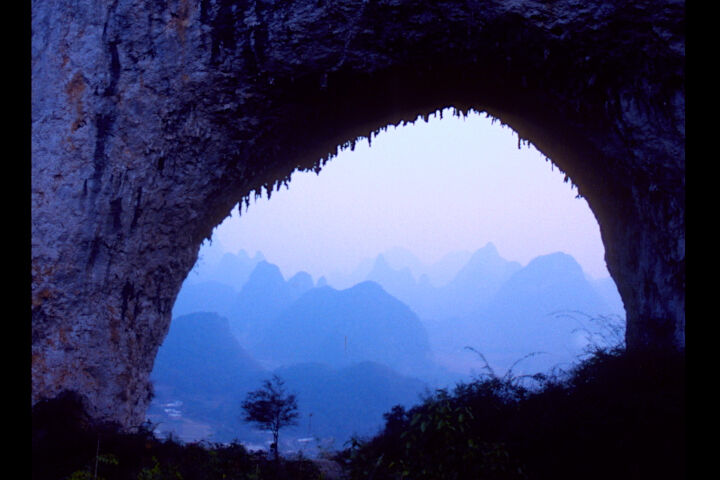